Skittles sweets odd and even numbers

One day Gracie and Jessica and Aayie found in their house a magic egg and it toke them to another pretty would. Before they got there it was twirling and wirling and they got there. The would was  different would with a rain waterfall and they realised that there was a monster there. The monster was tercorse wuith spooky orange eyes. The monster was garing the pretty castle. The castle was the king and queen’s castle. They found the egg and it toke them back were they started. “That was a lucky escape” said Jessica the monster would eat us if we didn’t find the egg the end.

One day a girl and a boy went out side and they found a egg. The boy made a wish and they went in a twirl. They landed in a hungaul. After they found a casul. So afber that they found a hairy monster fair say can you take me home. The chorcen sed yes but dont be say or scairry. the kids went back home.

One day there was a magif egg and it was behighnd a bush and It came out of the bush and it went some wair els difrent and theat was in a whole and it loved it and it wanted to sleep there and it did sleep there. Wen it was away it was very hungry it went to find some food. It found some food it ait the food it went back to his home wich is the whole. Then a bird came down and it got the magic egg and no one could see the magic egg again.

One day big Biff and little Chip thay wher beset frend thay where plaing prinses and charming princs. Well thay where sieslea playing but thay where ding sunddentley thay found a magic big egg. Then they wuz a storm and Biff and Chip ran away. Thay where a big sweet house in frount of them. Thay chaveld and chaveled far and far and got so lost tighed. The storm came back and magist them back home and cIarried on playing. If the big Sweet house broken down and whusjt us if the egg dint, free us.

One day an early spring morning there was a boy and a girl the boy was called Elvis and the girl was called Evie. Then Elivis threw it too far he went to get it but he caught his eye on the egg so he took it inside and he broke it. He was so surprised he stroked it a bit he got taken in a wirl pool he landed on a pirate ship. The pirates staired at them they had a fight.

One day Karter and Luella found a magic egg and the magic egg sent them to africa and they went home. This is what happened. Foot Ball and it went in the Bush and they found a magec egg. Luella made a wish and Karter and Luella went to the lake. But then the magic egg tuk them home. This is what hapend. And they got a magic egg. One day they were playing catch and they found a magic key and it sent them in spays. Next they went to play foot Ball. then efifring wass Back to normal. But the went Back to the lake and they playing with a Duck.

One sunny day Bif and Chip sor a big sparcly egg and thay didnt no wot to do with the big egg. Thay thort it was a normull egg wot thay eat for brekfirst because a chicken might hach. Then thay wir torcin and suddenly the egg hached. A majik little chickin harch. And brort the majik chocken to thair house because the majik big chicken wont to see in sighd of thair house. Finnly the majik chickin groo and when he groo he cud do majic trixt. And wen he had his majik whond he cud mayk him bigger. The chicken got bigger a bigger and the majik chicken bcaym a big jighnt wisud. Bif and Chip rund a away and thay wir scaird.

Exploring herbs with all our senses

Corey's Jack and the Beanstalk (part retelling)- own writing

Once a upon a time there was a small boy called Jack he lived with his mama and were poor because dad died. Jack has a friend called daisy the cow. How does Jack have a friend as a cow! But the cow gave no milk.

Then mum replied we need to sell the cow.

But Jack didn’t want to sell daisy sis my friend.

Just then when Jack was walking he saw a man called Yowder he lived deep in the forest. He was wearing a hat, beared.

In the morning as Jack woke up he felt happy then he felt very sad from yesterday when mum shouted at nautey old Jack where did you get those beans from Jack.

That stupid, old wicked man why did you gave me those stupid, red, beans those are not magic. Jack thought.

Then on Jack’s window He saw a large… greeny it’s bigger then the highest cloud… it’s a beanstawk. Jack ran faster than a cheater after his pray.

Mom! Mom! look theres a beanstalk outside. Don’t you start old Jack let me look out my window wow yes they is a Beanstalk it looks very high.

Later after when Jack got his hair Brush then he got dressed. Then he climed up the planty, green Beanstalk then he got tied e went really high his hands where aking and legs. He loed the lever and when he saw the clouds they are like candyfloss and you can lie. Suddenly he reached the top and he could see the castle and it was golden wooden and iron, golden windows.

Just at that moment Jack knocked and it didn't and saw he chried it again but harder then it magically opened. Then he walked in side and he saw it was sparkly golden magic. Everything looked  expencif and he wished he could take it home. Suddenly he could smell like cooked, delicious Bread and it made him more hungry.  Jack went to the kitchen eat Bread and milk. Then the giant called out fee fi fo fum. I smell a humans Blood called out the giant. After the giant started counting 1 2 3 4 5 6 7 8 9 10 z z z z z z z z zzzz. Jack knew the giant was a sleep sow he took the gold coins then he went down the beanstalk.

Maisie's Jack and the Beanstalk retelling. (own spelling etc)

Once upon a time theair wos a duy kld jac and he livd in a fom.
He had a mum and a kow dut he wos por. Oaysee the caw wos greedee.

We need to sel the kaw.

On his way to the mokit Jack bumt in to a Old man the man was slpufee. The man sed sel yor caw for thes beens. Owcay. Jack sed. Jack want howm.

The next day Jack luct awt o the window. Theair wos a beanstalk a bir long beanstalk. Jack told his mum. It groo and groo and groo.

Jack went up the beanstalk. Jack sor litl tigh hawsisis. Hee can see leevs. Hee can smel deens. He felt sced. Wen he got to the top he can see a casl. the jiennt sed fee fum igh smel a inglish man.

Lauren's Jack and the Beanstalk (part retelling)- all own work

Once up on a time there lived a small, brave, handsome boy called Jack. Jack lived with his poor, widowed mother in a tumbling down cottage with smashed windows. Jack’s mum was that poor that he house was falling down, leaking too which meant the house was freezing cold. They could still play they rode up and down the field and played ball. The cow was Jack’s favourite friend he would anything for her. Without warning Daisy the cow ran out of milk.

“Whatever is the matter?” asked Jack.

“We have to we have no money” explained mum.

“I shall take her to the market” said Jack.

Just at that moment as Jack was walking through the deep, dark forest along the bumpy path he met a funny looking man with a funny looking hat. How odd he looked! Suddenly the man started to talk to Jack.

“Where are you going little boy?” asked the man.

“I’m going to sell this cow because we need the money.”

(role play of this part)

Early the next morning Jack woke up and looked out  of the window and… and… and… he saw a humungus, green wait a minute what’s that? But Jack was very very very sad he missed his good friend Daisy. He also remembered that his mum was disappointed with him.

He ran like he’d never ran before down the stairs to his beautiful mum. He shouted mum mum there's something green, big and tall outside our house! Don’t you start on me again stupid Jack. I’m big your small I’m start your knot so there’s nothing you can do about it! So mum looked out of the window and she was that surprised that she cried, gave Jack a hug and said sorry. “Told you,” replied Jack.

Later that day Jack without wasting any time got dressed and shouted “Mum! Mum I’m going on an adventure!” Oh no you’re not young Jack!” But yet again he ignored his mother and climbed the green, secured beanstalks as his mother shouted him at the bottom of the beanstalk. Jack was soon tired luckily he was nearly there and he looked.

“Well” he thought “I still have one hundred and sixty eight leafs to go yet”. Eventually he reached the top of the beanstalk. He couldn’t believe his eyes! He saw a gigantic, sparkly, colourful castle and he was sweating he didn’t know what was going on. What Jack did know was he had to continue on his adventure. “This beanstalk is very tall”! Jack thought as he looked at the castle in the distance.

Just at that moment Jack knocked on the door and a little bit boulder. Just then the humongus, shiny door opened all by it self Jack was shivering and shaking he was so scared. He quietly creept into the castle. As he was looking around he could smell some freshly backed bread. Jack saw the scrumptious bread and it made him feel even more hungry. He followed the sent of the smell all the way to the kitchen and he started to eat it. 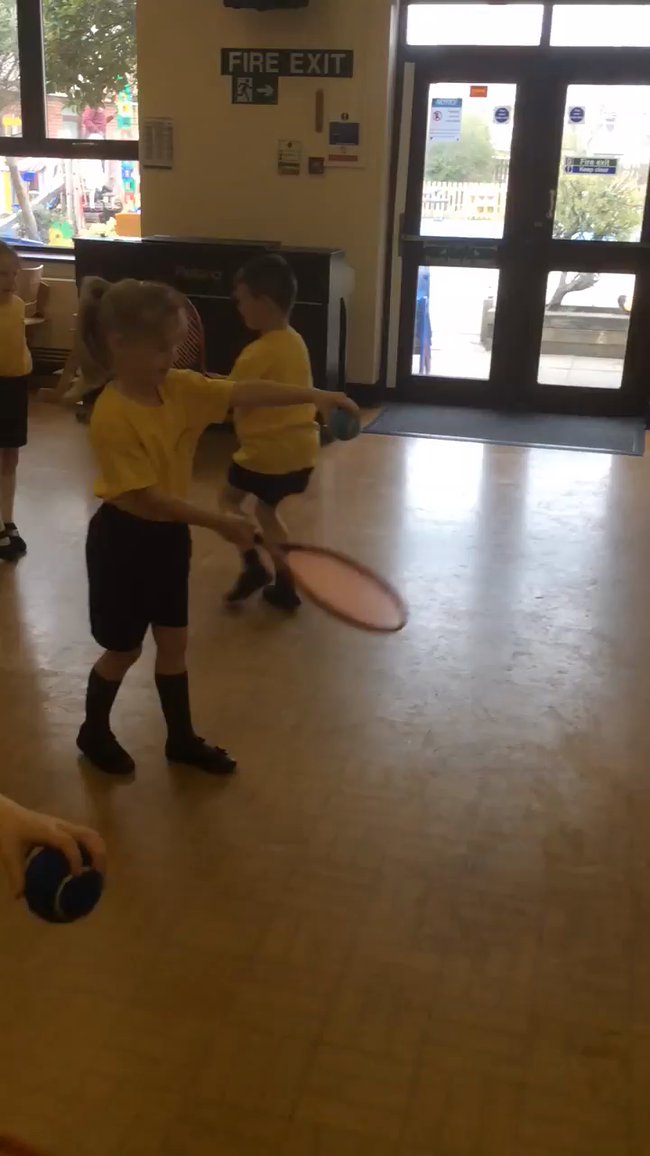 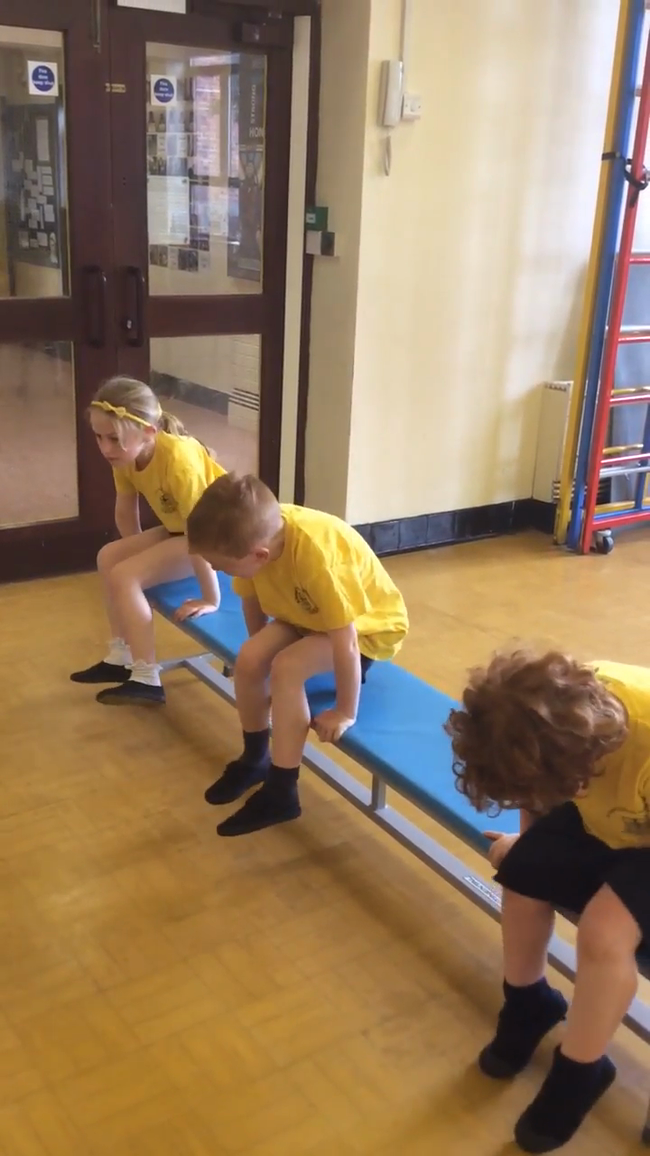 Caring for our environment

Oak class trip to the zoo

Getting ready for the zoo trip

Being eaten by dinosaurs!

Handling the creatures at the zoo

Unfortunately not the ones with chocolate chips.

Some cookies are necessary in order to make this website function correctly. These are set by default and whilst you can block or delete them by changing your browser settings, some functionality such as being able to log in to the website will not work if you do this. The necessary cookies set on this website are as follows:

Cookies that are not necessary to make the website work, but which enable additional functionality, can also be set. By default these cookies are disabled, but you can choose to enable them below: