Firstly, on Monday morning, we had the GIRLS FOOTBALL. As we do not currently have a girl’s football team here at the minute, we were unsure whether to even enter this event. In the end, I am so glad we did as the Y6 girls came back very excited and said they had enjoyed themselves and it was the taking part that had counted. It was only then that they revealed the huge trophy they had won! Amazing! The children won, drew and lost games and were awarded their trophy for showing sportsmanship and team work! Every single girl that took part in the event had represented the school wonderfully and their trophy was absolutely well deserved! Well done girls!

Then that afternoon we were off to the HIGH FIVE NETBALL tournament for Year 4 and 5. The weather was getting hotter and hotter, however that did not stop their determination! The children won 2 games, drew 2 and lost 1. The children played brilliantly and Matthew, our top goal scorer, scored a brilliant goal from the edge of the circle. At the end of each game the children shook hands and even did ‘three cheers’ for the opposition. Again, the children represented the school very well and they all should be very proud of themselves.

Finally, to end Monday was the ROAD RACE and for the some of the children (and teachers!) it was the end of a very long day. During this event the children had to run around the athletics track and for KS2 around part of the park also. It was extremely warm still, however the amount of children from St Teresa’s that came to take part was fantastic, along with all the families that came to support. Thank you! Every child that took part tried their best and had lots of fun. Felicity in Year 2 came 6th in the Y1/2 girl’s race and Rubie in Year 4 managed to come 3rd in the Year 3/4 girls race which was amazing as there was over 60 children competing in each event. Every child should be proud of themselves for taking part in that event as some of the courses were long!

Tuesday began with BOYS FOOTBALL, which again was very hot! The boys put in a great performance playing brilliantly as a team! They won, lost and drew games and Mrs Ankers and Mrs J were very proud of them all.

Later on Tuesday afternoon was the AQUA SPLASH SWIMMING GALA! Year 5, 10 children from year 5, who have been swimming all year, took part and competing in various events which all sound extremely exciting, especially in this hot weather! They had six different relays, racing on surf boards, inflatable rings and even a giant turtle! They even had to compete in an event called ‘rookie lifeguard’ where one person had to rescue 3 others! Again all the children who went had a great time!

The ATHLETICS was super exciting with St Teresa's competing against other small Blackpool schools; Christ The King, St Cuthberts, Holy Family, St Johns, St Kents and Westcliffe.We had some wonderful performances with Isabelle and Liam both coming 3rd in the 75m. In the 150m Courtney came 2nd and Callum came 3rd. The 600m was a tough race with all schools (small, medium and large) competing in one race. Josie and Ethan gave their all to finish 3rd place in the small schools category.

The field events included; the long jump where Gracie finished 3rd and Josh was 6th, the vortex throw where Max came 4th and Courtney came 5th, and finally the speed bounce with Sophie finished 4th and Liam was 3rd.

Points were very tight for second place and it all came down to the relays with double points up for grabs in this event. Isabelle, Callum, Ethan and Josie made up the mixed relay team and we finished 3rd in the small schools category.

St Teresa's finished joint second, tied with Westcliffe on 48 points with St Johns just behind us with 50 points. Holy Family defended their title winning with 25 points. (The lowest score is the winning team).

Mr Aaron took the Year 6 boys to BOYS CRICKET where they had a great time. Nine of our boys took to the wicket to take part in the cricket competition. Mr Aaron had not seen such team spirit in a long time. They were so supportive of each other. It was a tight competition with the team facing some excellent teams. Taking part in some thrilling matches, the  boys made six catches in one particular game!

To end the week it was the Year 3 and 4 MIXED FOOTBALL! The children, who have never played together, worked brilliantly as a team, communicating well, and managed to win 4/6 matches which was fantastic! The supported each other and shouted encouragement when needed! The tournament was purely for fun and enjoyment and the children definitely achieved that!

A great end to a very busy week!

TRI-GOLF, which had been postponed last week due to bad weather, took place Monday morning and Mrs Frankel and Mrs Beare took 8 children from Years 3/4 to Tee Time Golf where the children took part as a team around a course. The children had to 'put' the most balls in a time limit. The children worked brilliantly as a team, especially William who was fantastic! Overall they cane 2nd which was absolutely amazing for St Teresa's, as some children had never even held a golf club before!

Overall St Teresa's have had a FANTASTIC Youth Games. Thank you so much for all parents who have supported this week!

This year Sport Blackpool decided to offer a new competative indoor athletics competition for Year 3 and 4 children. St Teresa's team consisted of Max G, Corey, Elliot, Alex and Zack (boys) and Rubie, Krystal, Ellie-Jay, Melissa and Kasey-Lea (girls). There were only five teams from Blackpool North; Anchorsholme, Boundary, Holy Family, Moor Park and St Teresa's. However competition was fierce with some exceptional athletes from other schools and some very strong teams!

The children gave it their all and after a few events St Teresa's got into their stride. We had some stand out performances with Rubie and Krystal winning the 2x2 relay overall and Max G throwing far in the chest push. Ellie-Jay showed great determination to help out her team in the 4x1 relay where the girls finished 3rd place.

Many thanks to all the parents who came to support their children and the team and well done to all the children involved!

The final results were:

Last Friday (7/10/16) we took 8 Year 6 children to Stanley Park where we took part in the first High Five event of the year. These children were Gracie, Josie, Courtney, Charlotte, Zuzanna, Oliver, Jake and Ethan. The courts had been re-surfaced (This was a good job as it poured it down!) and looked fantastic and we were the first group of people to play on them so we were very lucky! We played against two other schools and won both of our games! The children showed excellent sportsmanship at the end of each game too, by shaking hands with the other teams! Oliver scored some fantastic goals! Well done to all 8 of the children who took part in this event! A great start to High Five this year!

Max G, Max C, Benjamin, Elliot, Melissa, Skye, Sienna and Lola represented St Teresa's in a team competition today (29/9/16) against many other Blackpool schools such as Holy Family, Anchorsholme, Moor Park, Haweside and many others. It was a very wet and miserable day and the team gave their best in very difficult conditions. Each child completed 400m, 50m sprint, vortex throw and standing long jump. There were some exceptional performances with Elliot and Max G finishing third place in their 400m heats!

Now we have completed the first sporting event of this academic year we can look forward to the indoor athletics competitions later in November... 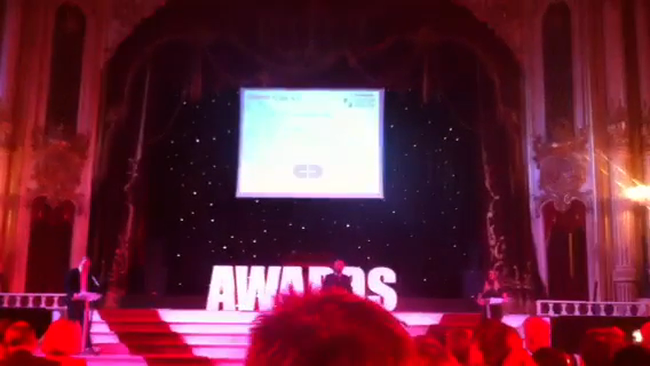 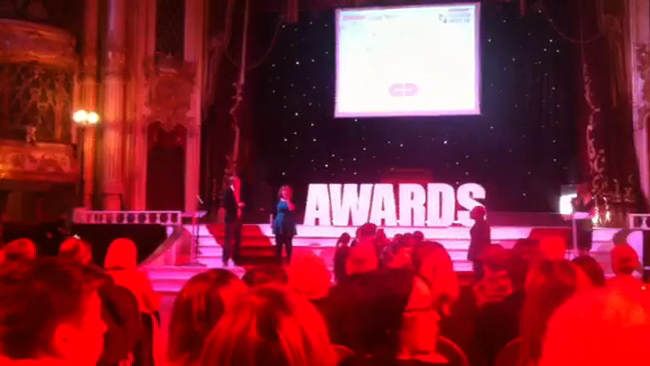 They represented St Teresa's and gave 100% in all four events today. They completed the Vortex Howler throw, Long Jump, 50m Sprint and 400m!

Our new partnership with Fylde AFC during Curricular PE

A variety of PE activities

Our year five had a great time playing High-5 netball for the first time at the netball courts at Stanley Park. We played four matches, winning two games, drawing one and loosing one. The team played brilliantly together demonstrating great passing, shooting and defending. Well done!

The athletics team performed very well and were up against some stiff opposition at a packed out, sunny Stanley Park. We had some great individual performances with 2nd in the boys 150m, 3rd in the boys speed bounce and a fantastic team performance with 2nd place in the 4x100m mixed relay.

We even met a Paralympic medalist in Cycling who showed us his 2012 medal!

Many of the children in our team were in Y5 so have a year to get training before the next Youth Games!

Team St T ... More like Team GB! Competitors in today's cycling event undertook a sprint, slalom and slow race before representing us brilliantly in the finals. Despite the difficulties of only being allowed to ride in second gear, the team rose to the challenge and enjoyed every minute. Well done Presley, Zach, Ben, Toby, Annaliese, Montana, Evie and Olivia!

Rory Mcilroy eat your heart out! He was no match for the St Teresa's Tri-Golf team this week during the Blackpool Youth Games. The event saw Curtis, Ben, Gracie, Phoebe, Julia, Rosie, Toby and Abi turn their hand to putting, chipping and driving, in the hopes of hitting that all important hole in one! Congratulations to the team for demonstrating great team work and resilience (even in spite of the wind!) You made St Teresa's very proud.

For the 7th year running St Teresa's have won the Blackpool Gymnastics competition. Following our success last year which we also won the Lancashire Youth Games final for the 3rd year and Saffron Williams winning the individual overall county award, this year we were out to retain our title.

The team of: Saffron Williams, Courtney Finney, Jennifer Beaumont, Arthur Emery and Rueben Parkinson with excellent reserves of Maggie Emery and Ella Lamb retained the 7 year title. This was fantastic when two of them could not even do a forward roll 3 months ago!
Individual gymnasts Isabelle Darlington, Amy White and Sophie Latherman also represented the school against gymnasts who do up to 20 hours a week! Sophie came 1st, Isabelle 2nd and Amy 5th out of 18 competitive gymnasts.

Miss Oxley is immensely proud of the school gymnasts with their commitment to rehearsals, hard work and the continual support of the parents with this.

The school team: Saffron, Courtney, Jennifer, Arthur and Rueben along with individual gymnasts Sophie and Isabelle will now represent Blackpool at the Lancashire County Final with the hope of repeating last years success.

The results from this gymnastics competition, our recent Netball success and hopefully also the up and coming Blackpool Youth Games demonstrates St Teresa's commitment to school sport and our plans for 2015/16 are hoping to raise the profile of sport even further.

Our netball team entered a Blackpool Schools competition at Stanley Park on Friday 24th April. The team played wonderfully, winning all their matches (except one draw against a plucky Waterloo) leading them to the final where we faced Norbreck - a past nemesis.  The match went end-to-end with endless chances for both teams, however Norbreck had the luck and we had a force-field around our net. We eventually lost 3-1 in the final although we should have won 5-3! Well done to St Teresa's Netball Team 2015 who have played all their matches this season with great sportsmanship, confidence and enthusiasm.
Top
Cookie information
Cookie Notice